The Art of Mosaic 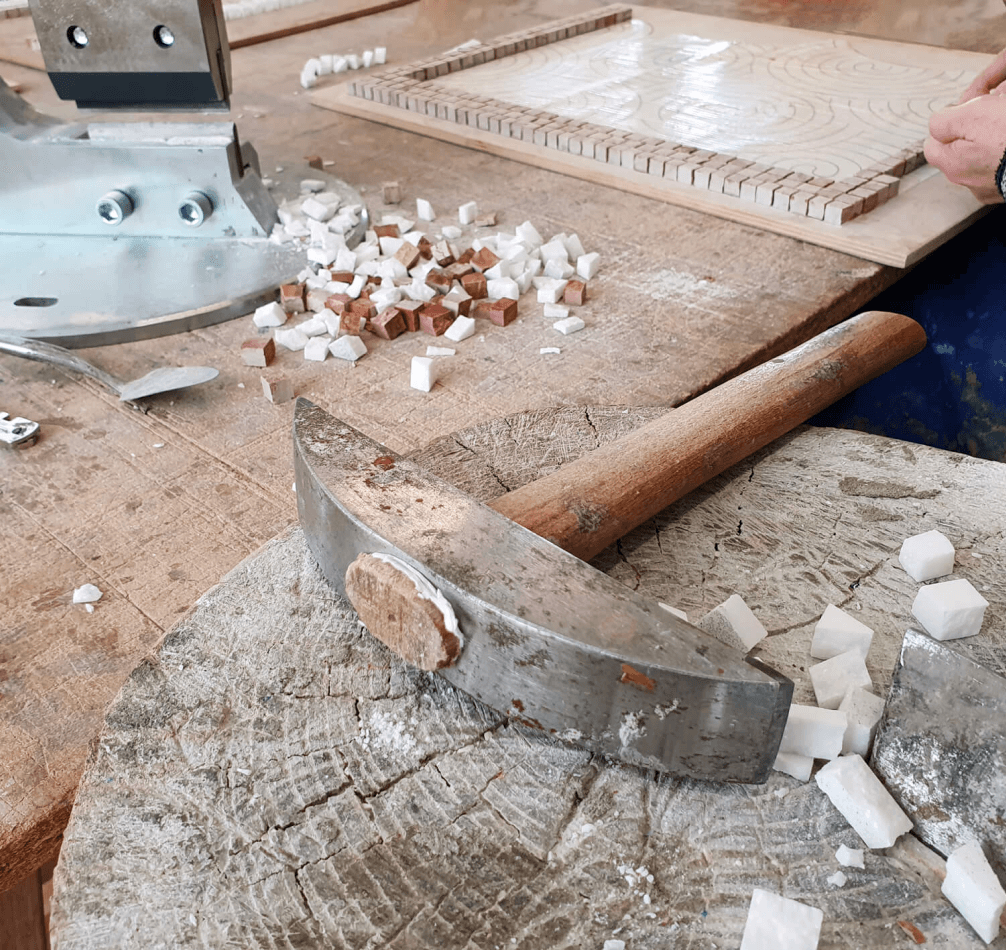 Mosaics, an art as old as civilisation

Mosaic is an ancient figurative art: the first evidence of mosaic decorations on furnishings, floors and walls was found in buildings of Sumerians and Egyptians dating back over 3000 years BC.

Mosaic art then continued, expanded and perfected in the Greek and Roman worlds, reaching the highest peaks of artistic expression that have come down to us. Even in the Islamic and Byzantine worlds, mosaic art is widely diffused, applied and loved, with extensive use of glass tesserae with gold leaf.

In Friuli Venezia Giulia its presence dates back to the times when Aquileia was a flourishing city of the Roman Empire. From here, mosaic spread to the nascent Venice, where the extraordinary mosaics of St. Mark’s Basilica were made shortly afterwards and where, since time immemorial, the sown floors of the palaces and the mosaics of the churches have been the work of Friulian mosaic masters. 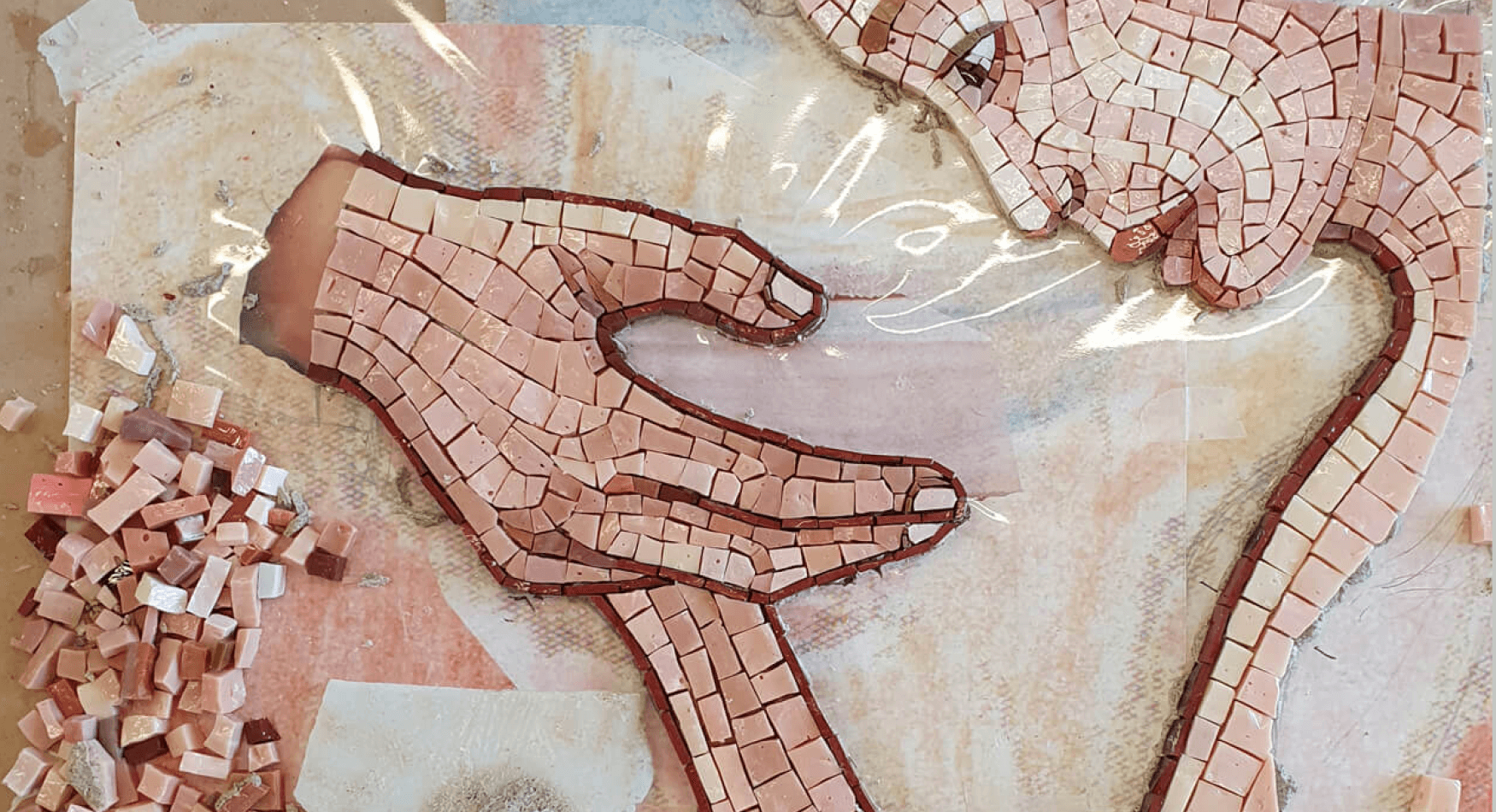 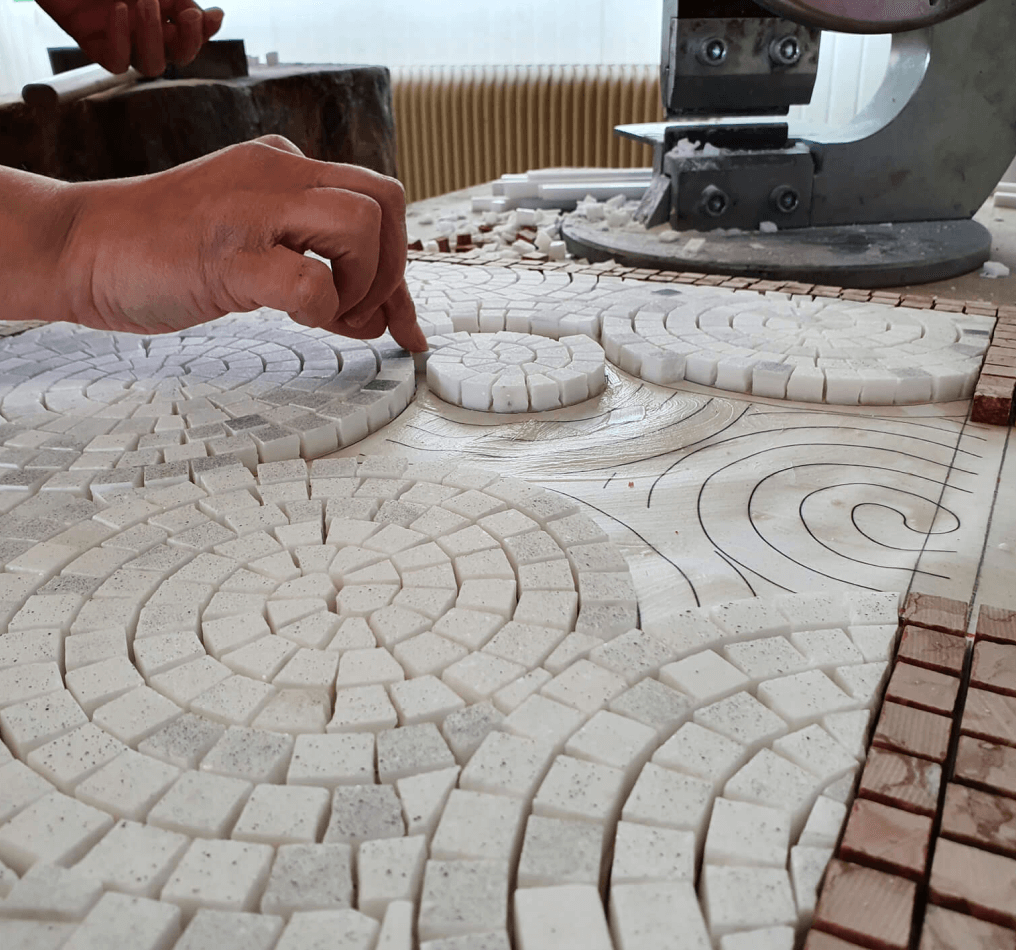 Mosaic is an art that is created thanks to the great skill of master craftsmen who are able to imagine, design and create figurative and non-figurative images on different types of surfaces and supports, making them vibrant and animated. Mosaics are traditionally applied as floor and wall coverings and as a decorative element of furniture, accessories and furnishings; it can also be used as a technique to recreate works of art made in other techniques such as paintings, watercolours and photographs, giving them a new and unusual life.

Nowadays, however, there is a tendency to overcome the categorisation of mosaic according to types of application in favour of a “global” approach to mosaic design. Mosaics offer the possibility of creating customised projects of great visual and emotional impact, overcoming structural barriers and involving the environment and the objects that inhabit it. Mosaic design projects thus break through the boundaries of surfaces to involve spaces in a single large decorative programme that envelops visitors and embellishes environments in a unique way. 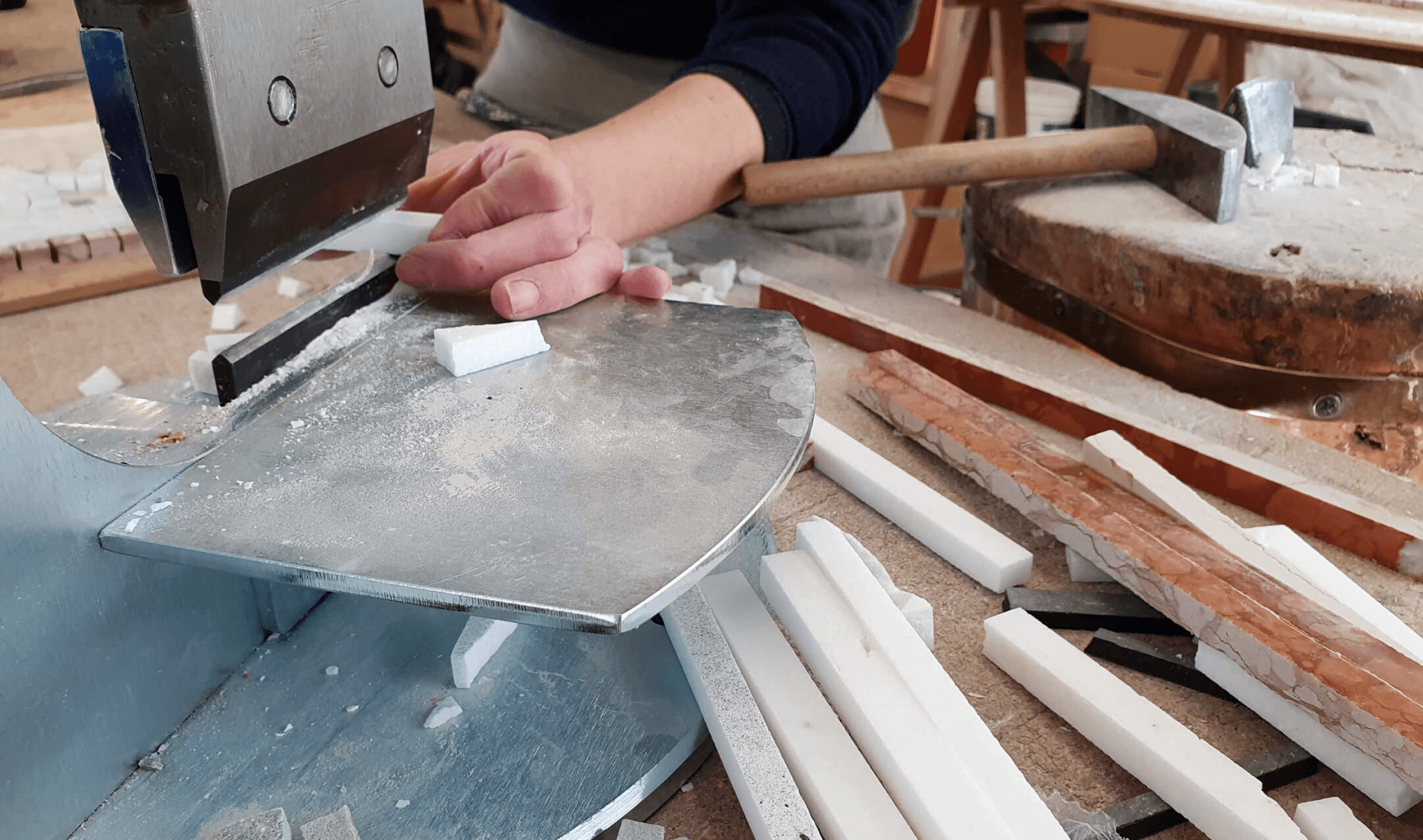 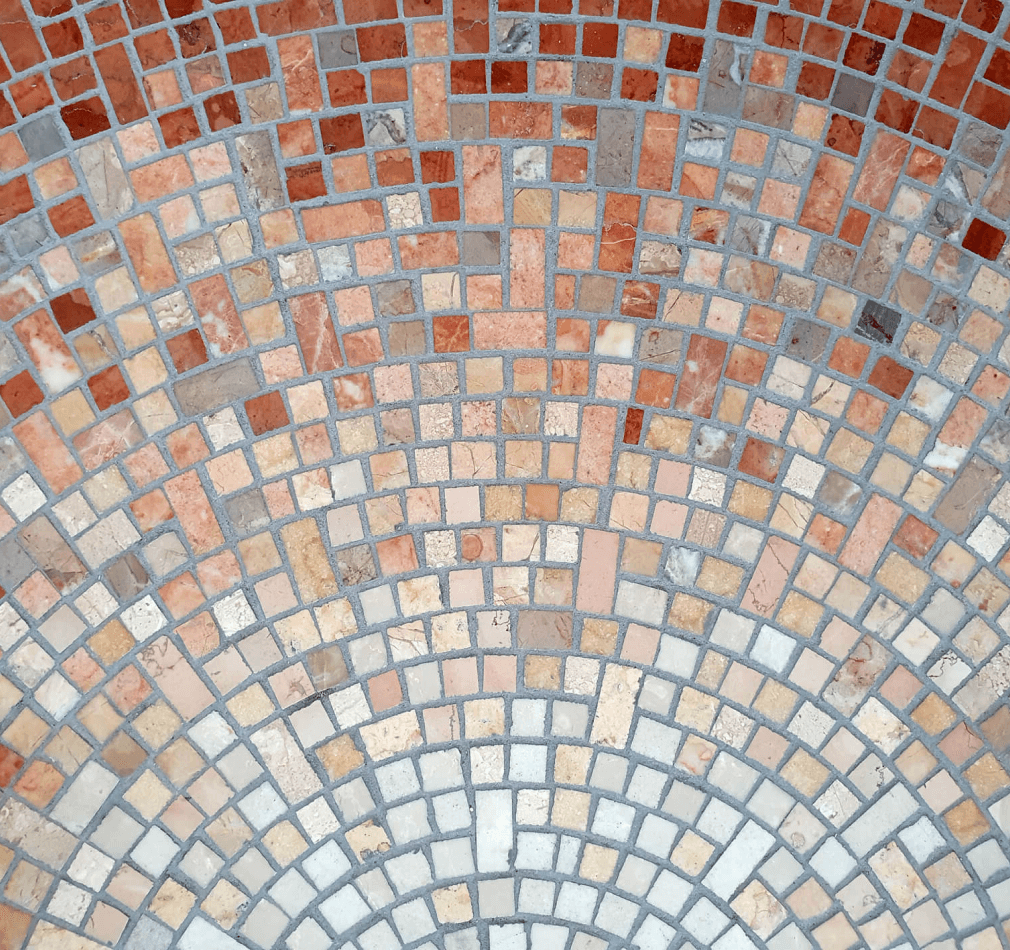 Mosaic is the combination of small elements, called tesserae, to make up a predefined design. To obtain the tesserae, shears, pincers or hammers are used to hit the material on the cutting board to split it and obtain the desired geometric shape. There are also different processes that can be adopted. In the “Roman” technique, the mosaic was made with quadrangular marble tesserae of various sizes: the stones are placed next to each other at a certain distance, specially designed to give greater prominence to the network of joints. In the “Byzantine” technique, which is a development of the Roman technique, the tesserae of glass paste and gold are smaller and more regular in size to create a slightly denser pattern.

The “Classical or Venetian” technique is the most widely used today: it allows classical works of all kinds to be created in mosaic. The tesserae are either marble or enamel, of different sizes, with regular size and joint. In this technique, the main focus is on the pattern of the tesserae which, following the design, gives shape to the images. In the “Modern” technique, on the other hand, the master mosaicist is more free to follow his own creativity, combining different types of materials (marble, enamel, gold, natural materials…) and binders (according to the need for application), while maintaining continuity with the other techniques. 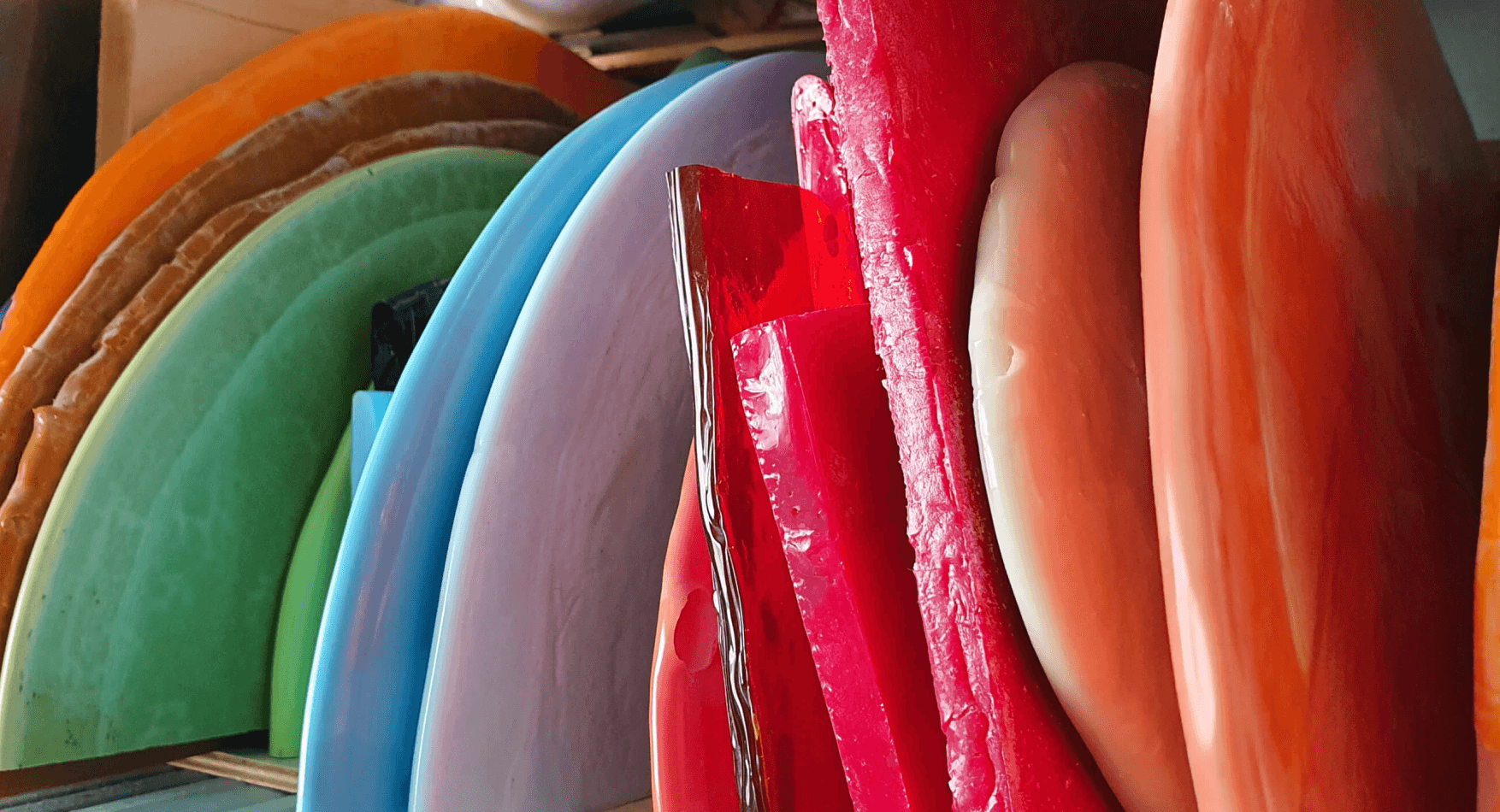 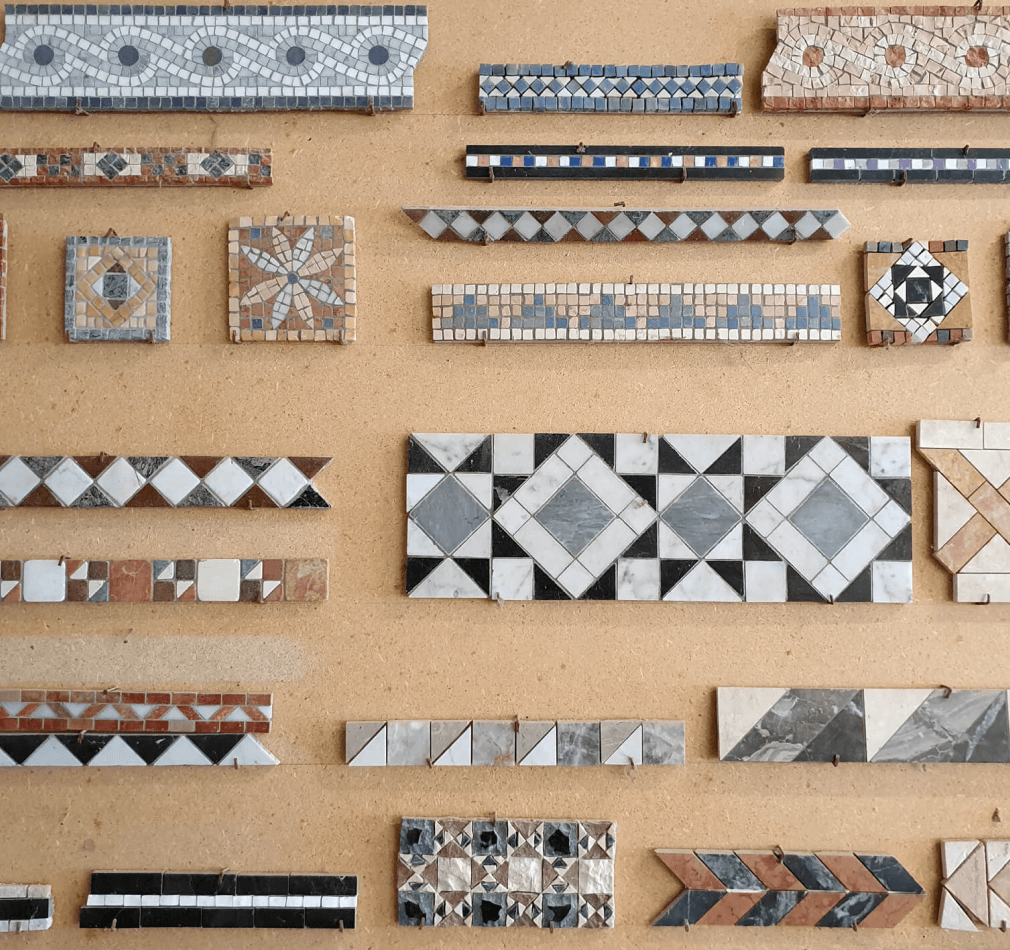 Mosaic is a very versatile technique that can be made from a variety of materials, each of which produces a different result and aesthetic impact. Several materials can also be combined with each other, giving different properties to the mosaic and creating particular visual effects and fascinating contrasts. The most widely used stone material in mosaics is marble: thanks to its characteristics of good workability, resistance to wear and considerable chromatic variety, it is used for wall and floor coverings. In addition to marble, stones of different origins such as granite, porphyry, basalt, sandstone, alabaster, travertine and calcareous tuff are also used.

Enamel and vitreous pastes are also widely used in mosaics, both for coverings and as decorative elements of accessories. Thanks to their qualities of excellent resistance and workability, their particular lustre and the vast range of colours available (both transparent and opaque), they make it possible to give life to a wide range of projects, creating fabulous aesthetic effects and a very wide range of shades. Gold is the most precious material for mosaic tesserae, used for its special brilliance and luminosity in the form of a very thin leaf fixed by heat between two layers of transparent glass paste. The many other materials that can be used in mosaics also include hard or precious stones, shells, ceramics, terracotta, with unusual and creative aesthetic effects. 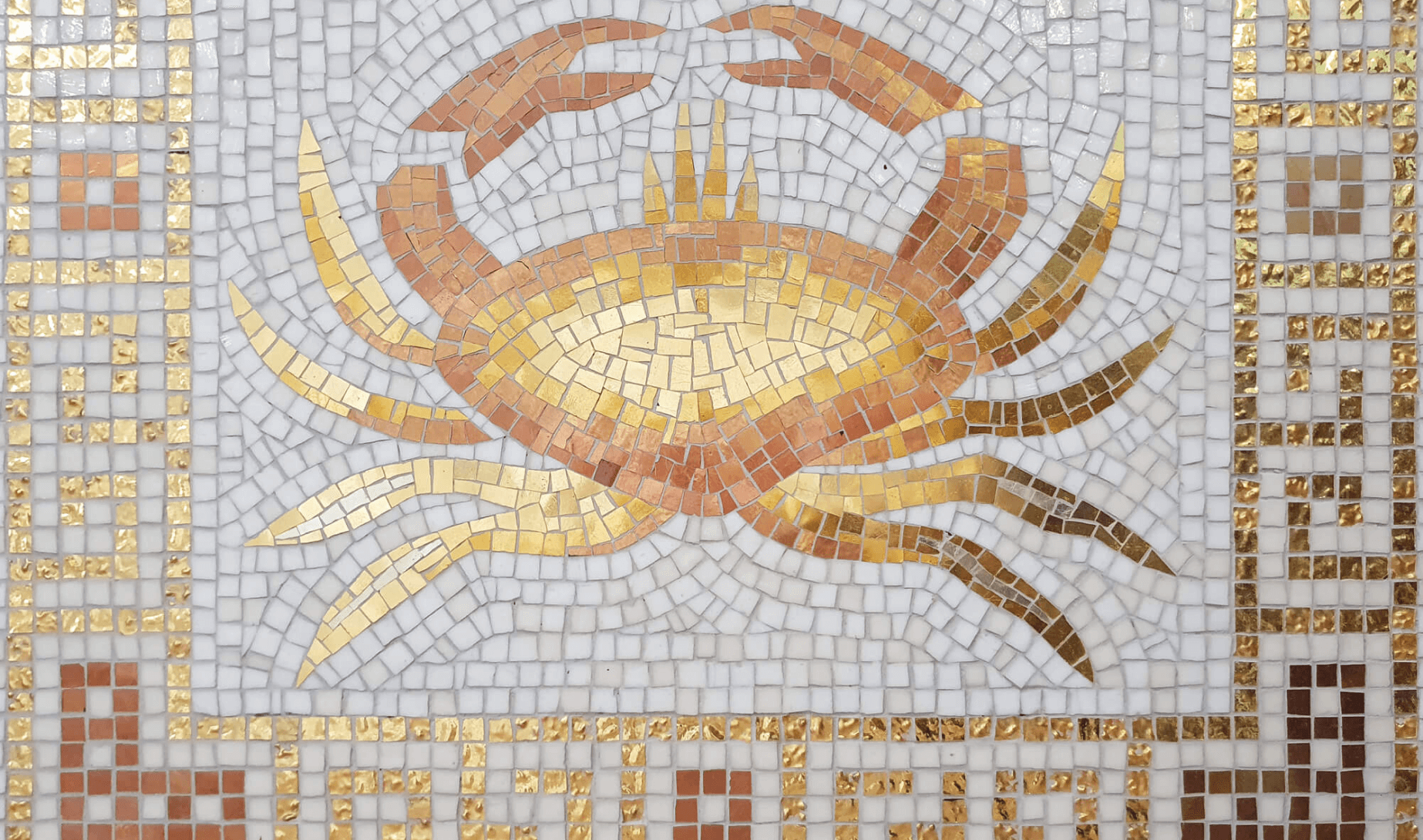